Experimenting with the smock, or anorak – Permanent Style 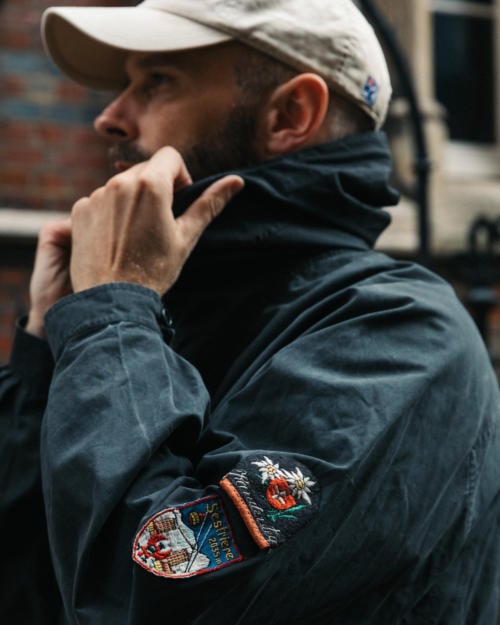 Fifteen years ago, I wrote a piece called ‘Enjoy your fashion cycle’. Ten years later, in 2018, there was one called ‘How I filter fashions’. Today, I find myself thinking along the same lines as we explore casual (but often no less traditional) aspects of menswear.

The central theme of those articles was that just because something is a fashion, you shouldn’t dismiss it. Feel free to adopt the sceptical raised eyebrow of an experienced dresser, but keep an open mind behind it.

There are several reasons for this. One is that it just breeds happiness: when a sceptic becomes a cynic it turns them sour.

But more relevantly to menswear, chances are the new fashion is nothing new – it’s just an old thing coming round again, and being played around with by every creative friend, stylist and brand you know.

It’s a stimulating opportunity to see how a tweed cap, a duffle coat or a monk-front shoe can be worn, and whether it might work for you. In that 2018 piece, I gave examples of Aloha shirts, gurkha shorts and oversized knits, and explained why I had adopted one out of the three. 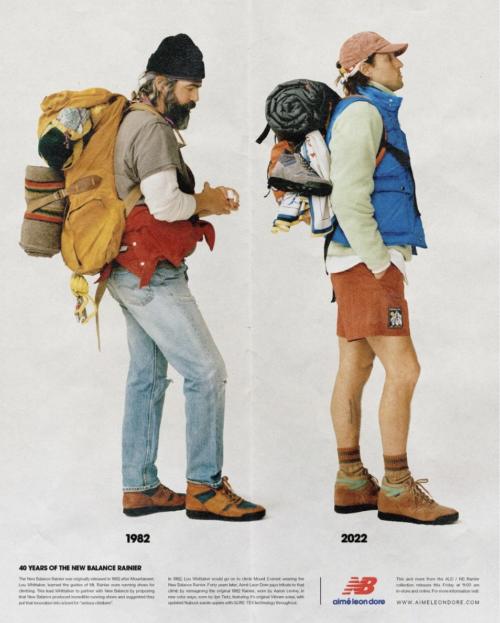 In the past year I’ve done so again – with both fun and enjoyment, not fuss or stress – with smocks.

The Real McCoy’s had some, then so did Bryceland’s; Nigel Cabourn added to ones they’d had for a while. Hiking versions fitted with the outdoor trend of the past few years, sometimes referred to as Gorpcore. See also hiking boots, fleeces and the recent New Balance Rainier (above).

Smocks or anoraks have been around since at least the nineteenth century, and have two origins: as workwear, particularly for farming; and as expedition clothing, with explorers like Armundsen adopting the Inuit ‘annoraaq’ made from furs, and then having Burberry make gabardine versions.

The expedition clothing led to military applications, with paratroopers wearing them to cover up their equipment, and the US navy issuing them for deck work. Then after the war, they became popular for newly fashionable outdoor pursuits, including hiking. 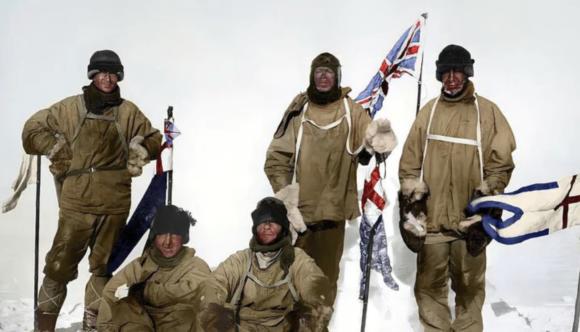 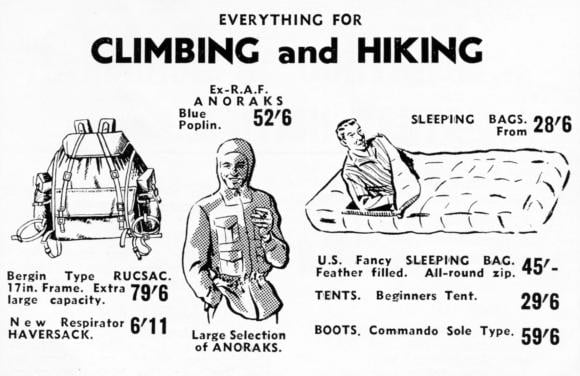 When I tried the new versions, the key issue I had was shape.

If you’re slim and tall, this isn’t that flattering. Ideally you want something slimmer – still in keeping with the piece’s style and practicality, but made for you rather than a one-shape-fits-all average.

The Bryceland’s Anorak, for example, is lovely and looks great on both Ethan (below) and Tony. But I look better in models that are less square, and have a cinch at the waist rather than the hem. 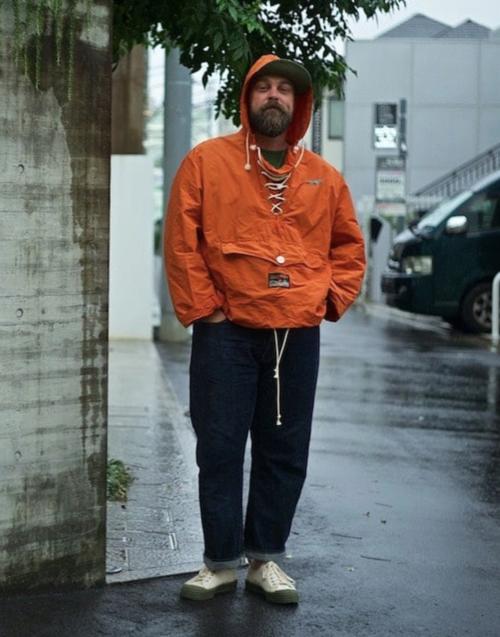 I eventually found a vintage one I liked from Jojo at Rag Parade in Sheffield – posted by him on his Instagram and bought after a few messages establishing chest width, length and material.

That’s it pictured at top and below. It’s Italian, dates from the 1950s in Jojo’s estimation, and comes complete with a couple of badges showing locations in Switzerland and Italy.

I don’t care how old or rare it is, but I do like the fit (with the waist cinch), the design, and the things that come with wear – softness, washed-out colour, and little snags and repairs. It cost £350, which isn’t cheap but less than the new high-end versions. 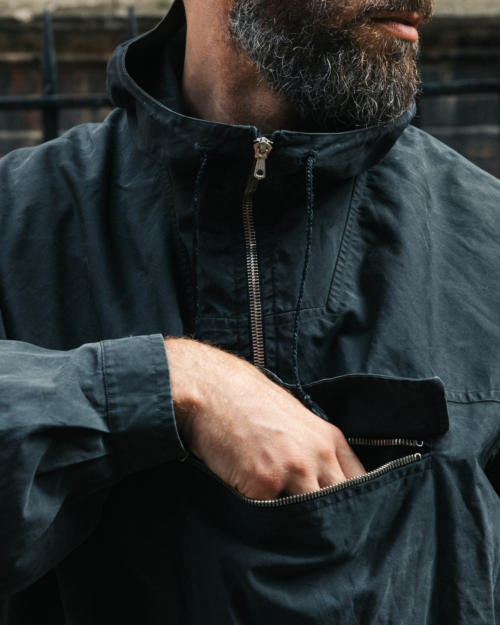 I’ve found it’s a useful casual, bad-weather piece. I wear it with jeans or chinos (brown Rubato ones here), boots and a baseball or watch cap.

With the former, it has something of the terraces about it; with the latter it’s more outdoors-y, particularly with hiking boots. Either way the black colour makes it a little more urban.

It isn’t as practical as a modern version in at least two ways. One, the hood doesn’t have the peak that a modern waterproof would have, and so in the rain is best with a cap. And two, it’s a tightly woven cotton but still only cotton, and so not waterproof.

It would originally have had a light wax to make it more so, and I might experiment with adding that later (trying first on a hidden area, perhaps inside). But as with most leisure clothing this won’t be worn for long walks in the rain, let alone for actual hiking. It’s just fine for journeying between buildings and different forms of transport. 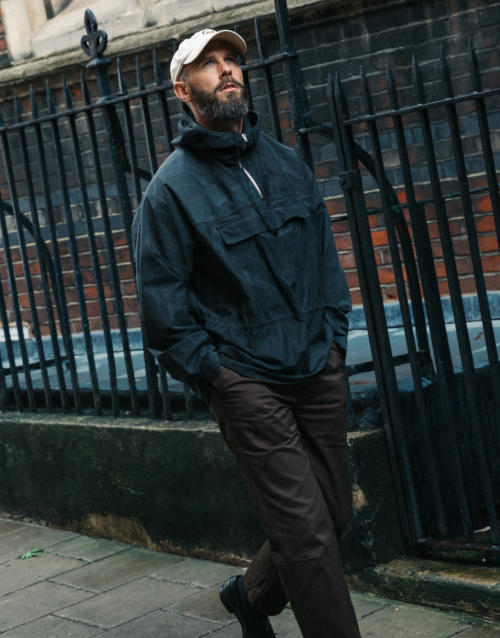 I’ve enjoyed exploring this trend, filtering this fashion, playing afresh with something old.

It should emphasise that more trends get rejected than adopted in this process. Those hiking-style trainers aren’t for me – I prefer boots; I like natural knitwear rather than synthetic fleece; gnome-like beanies still look ridiculous on my head, no matter how good they might look on others.

This is what the wide world of casual clothing is all about. Principles, yes, but also personality and play. 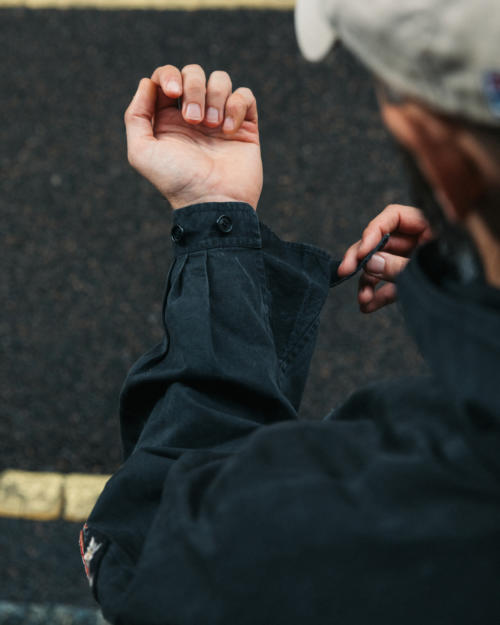 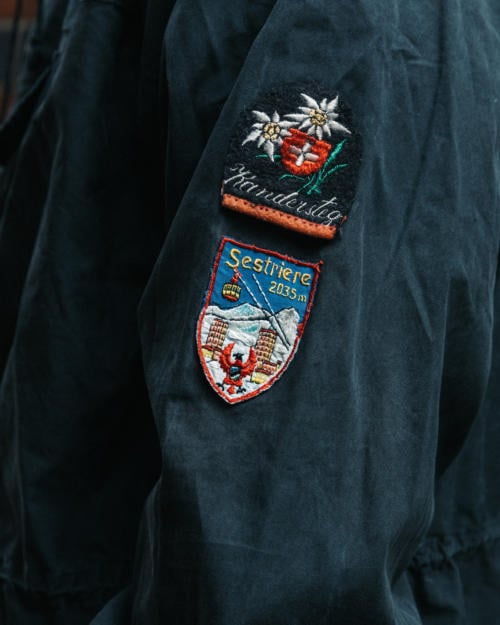