1970’s played a significant role in Women’s fashion. The decade did not see new fashion trends like the 60’s, but it was more like a fashion revival from the past in its contemporary form. Women started experimenting with their clothing, there were no more fashion rules to follow, and they could mix and match to make a style statement of their own. In The 70’s era trends evolved in each phase; early 70’s, mid 70’s and late 70’s.

Women in the 70’s had so many options that wearing a dress at all times was not necessary anymore. Hippie fashion made it’s way to the 70’s too, like the Djellabas or Kaftan dress in colorful patterns was a famous dress choice in the 70’s. The wrap dress with a belt, made by Diane Von Furstenberg became so popular that everybody who could afford it owned one and so this style was later made available to the masses too. 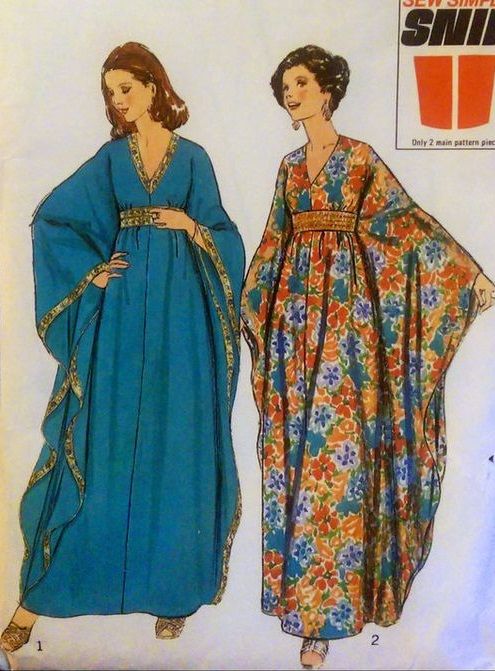 If you were wondering what were the new options that replaced dresses, it was the rising love for bottoms. Women of this era saw many styles of bottoms from snug fit to flare and more flare. Women loved wearing Jeans they would wear it everywhere, from outdoors to just being home. Designers came up with new styles of jeans each season, sometimes with patches, with studs or with contrasting stitch. Bell-bottom pants worn by the hippies became popular with other women too.

The phenomenal phase of mid 1970’s is when Women were entering the formal work-space. Formal work-space demanded a formal dress code. And so The pantsuit was bought back, inspired by the Men’s suit, a tailored blazer with wide trousers. Women wore a pussy bow tie blouse or silk blouse with a low bow below the blazer and flat pointed shoes. Initially the blazer was of a contrasting color but later the pantsuit came in as uniform pinstripes, single color from top to bottom. 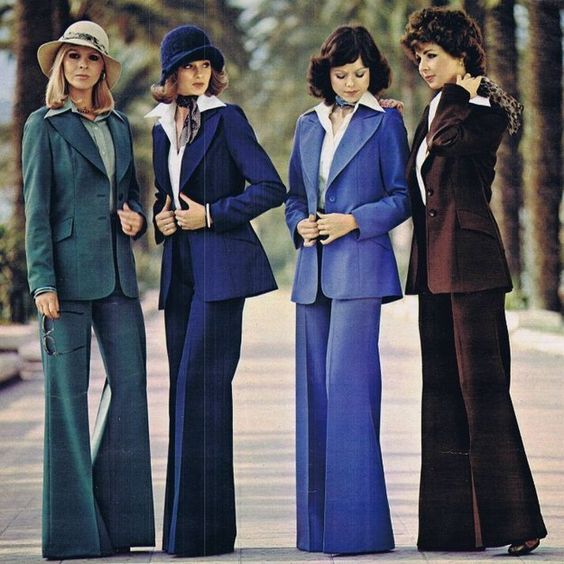 Wearing jewelry and hats everywhere was no more a compulsion. Choker necklace was popular among women in 70’s. Though hats were going out of style some women still loved wearing them, they chose floppy hats or croche hats. Boots in tapestry or leather fabric and cork soled wedges were famous shoe styles. Long Shoulder strap bags that could carry anything were the ideal handbag choice in the 1970’s era.

Pageboy, one of iconic hairstyles of the 70s

Face make up was kept natural with lip-gloss, and pastel eye shadow for day, dark lips and shiny eyelids for evening glam look. They used to create retro smoky eyes and had skinny brows.